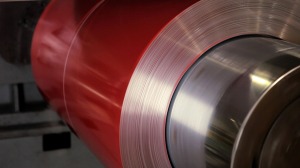 When it comes to coatings, the resin, or “binder,” acts as an adhesive that keeps all the elements of a paint formulation together. The resin selected is the backbone of the coating and therefore the primary source for determining the coating’s durability and physical properties. When choosing a resin-based coating, it’s important to know some of their key features.

Fluoropolymer resins are known for non-stick properties and their ability to avoid UV damage. The most well-known best performing resin in this category is Polyvinylidene Fluoride (PVDF). PVDF is at least 70 percent of the binder used in superior performance coatings, while an acrylic resin makes up the other 30 percent. PVDFs are found in coil coatings, where exceptional durability is desired. When compared to other coatings, PVDF resin-based coatings were the only coatings that did not lose their original gloss within 2-5 years.

One of the most common causes of failure for resin-based coatings is the risk of color fading. END_OF_DOCUMENT_TOKEN_TO_BE_REPLACED

Part One of this blog described some of the difficulties associated with accelerated corrosion testing. The chemistry is complex. There are many microclimates to consider. And the list goes on. There is good news, however. We are not alone. Extensive amounts of research across all coatings areas is done and reported routinely.

As a Part Two blog on accelerated corrosion testing, here is a sampling of work done by the French Corrosion Institute, an organization that has done a great deal of work in the past with the European Coil Coating Association. The bullet points following the titles and attributions are my own comments from reading the documents: END_OF_DOCUMENT_TOKEN_TO_BE_REPLACED 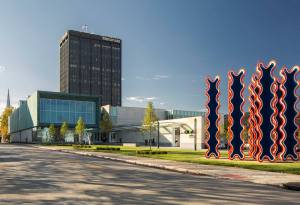 I recently attended a Konica Minolta seminar on color and color instrumentation, held at the Columbus Museum of Art. What a great idea, discussing the science of color in a building where color is critical and has been used to express so many concepts, ideas, and ideals. Konica Minolta holds these seminars around the country, and this one in Columbus had 50+ people in attendance.

The seminar was three-hours long, and there were two main takeaways:

Many attending this seminar were from the automotive industry. END_OF_DOCUMENT_TOKEN_TO_BE_REPLACED

“Not this topic again,” you might say. By “this,” you probably inferred that you are about to read a few hundred words describing the difficulties of meaningfully correlating accelerated weathering to real-time performance. Rest easy; that old topic is kids’ stuff compared to understanding the meaningfulness of corrosion testing.

The performance of coil coatings over the lifetime of a product is of paramount importance. Of the markets served by prepainted metal, the building products market poses the greatest challenges. During a recent NCCA meeting, there were plenty of conversations about accelerated corrosion testing, and this got me thinking about the similarities—and distinct differences—when comparing accelerated corrosion testing and accelerated weathering. Of course, corrosion is a form of weathering, but the term “weathering” commonly refers to what happens to a product’s appearance properties (chalk, fade, gloss retention) when exposed to sunlight, heat and moisture.  On the other hand, corrosion refers to the degradation of the metal substrate.

Great progress has been made over the last 20 years to understand how to model an accelerated weathering test to better simulate the environment in which a product will be placed. We now have a better understanding of the need to duplicate the solar power distribution, the unrealistic effects of <295 nm UV wavelengths, and, most recently, the importance and necessity of coating moisture imbibition in the physio-chemical degradation of coatings. This level of understanding is mostly absent when it comes to accelerated corrosion testing.

What makes corrosion testing so difficult? Let’s start with the chemistry of corrosion versus accelerated weathering. Don’t worry; I do not intend to get into the chemistry and physics. We’ll leave that to the researchers, but it is important to know that these researchers are always striving to duplicate in an accelerated test cabinet the same chemistry that is taking place in the real world. When done effectively, new products can be introduced with an assurance that they will perform suitably in the field.

As demanding as it is to understand the degradation reactions of an organic coating during typical weathering, understanding corrosion reactions is way more convoluted! END_OF_DOCUMENT_TOKEN_TO_BE_REPLACED

The U.S. Department of Transportation, Federal Motor Carrier Safety Administration (FMCSA) provides specific requirements regarding shipping of products, including metal coils. The complete FMCSA requirements can be found in the Code of Federal Regulations. The following provisions of the code relate to securing cargo and safe loading:

It is typical for shipping companies to properly secure cargo. Carriers assume responsibility for complying with DOT regulations, and coil coaters do not accept liability for the carrier’s responsibility to properly secure loads. Some companies require their carriers to acknowledge their familiarity with the federal shipping requirements and to agree to abide by the DOT regulations.

Some companies also include signs in their facilities to make drivers aware of their responsibility to be aware of the applicable regulations. An example of such a sign in a coil coating facility follows:

Water is a necessary prerequisite for corrosion of stored prepainted panels. When water or water vapor is available along the sides of a panel bundle, it may penetrate between the panels by capillary action. If proper precautions are not taken during transport, water may be present between the panels upon delivery at the job site.